“Jacob said, “O God of my father Abraham and God of my father Isaac, the Lord, who said to me, ‘Return to your country and to your people, and I will make you prosper,’ I am unworthy of all the lovingkindness and compassion and of all the faithfulness which You have shown to Your servant. With only my staff [long ago] I crossed over this Jordan, and now I have become [blessed and increased into these] two groups [of people].”

God has been performing wonders without numbers and the testimonies keep flooding in through the PPH. When we say signs and wonders we are simply talking about anything and anyone that God is using to marvel the world such that the world begins to look at God who is the doer of those things in the person’s life. In essence, just as a sign literally points you towards a direction, same way signs and wonders point people to the Direction of our God of possibilities.

We should pray that God uses our situation to advertise His Glory. The Bible tells us the story of Elizabeth in Luke 1:7 she was old and barren and it was medically impossible for her to conceive till the angel of the Lord appeared to her husband Zechariah and said to him: “Do not be afraid, Zechariah; your prayer has been heard. Your wife Elizabeth will bear you a son, and you are to call him John.”

We serve a dramatic God. Sometimes, He allows situations get out of control so He can intervene in wondrous ways. He could have given Elizabeth and Zechariah a child when they really wanted it. Yet, he allowed them grow old to the point they even gave up on having a child. God likes to turn complicated situations around so that the world will know that He has answered! God allowed the wine to run out in John Chapter 2. God has the power to the stop the wine from running out but he allowed it run out so he could perform a Miracle!

God is the producer, director, and script writer of our lives and everything happens as he orchestrates at His appointed time.

May your life become a platform for God’s advertisement in the mighty and matchless name of Jesus.

Listen to the full sermon on https://youtu.be/szRookE2bHY 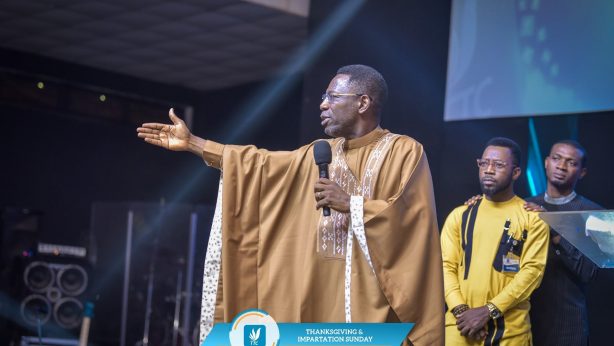