The Wonders of His Presence Through Lordship by Rev Sam Oye

The Wonders of His Presence Through Lordship by Rev Sam Oye

Topic: The Wonders of His Presence Through Lordship

For years, I have prayerfully sought to find out why some countries with high population of Christians, seem to be very corrupt, less-developed, not-developed or sometimes slowly developing. It seems to me that embracing Christianity particularly in our time is another way of developing very slowly.  It is befuddling because in the past, we have seen countries where Christianity was embraced and they developed, be it Germany, Switzerland. In the early days of Christianity in many parts of Africa, we also saw some measures of development. Why is it that sometimes the worst and unimaginable crimes seem to be domiciled among those who are highly religious? Why do we find the worst of crimes in Christian communities? These contradictions seems to create a tension in the mind of an average person who is truly concerned about national development and global evangelization. How do I preach to somebody who is not a Christian when they already fellowshipped with the wrong one? I have always wondered why the most religious persons from the most religious communities have the penchant for silencing our conscience for money? Our young people are lost in the world of internet scam. People are ready to sacrifice themselves or loved one for the chance to make money. These people goes to church on Sundays, the ones who demand bribes also go to church, some of them are leaders in church. We speak in tongues and betray our families in a single breathe, we speak in tongue and betray our tribe on the platform of money.

In Romans 14:8-9 For whether we live, we live unto the Lord; and whether we die, we die unto the Lord: whether we live therefore, or die, we are the Lord’s. For to this end Christ both died, and rose, and revived, that he might be Lord both of the dead and living. This scripture points to the Lordship of Christ. That His death was not just about paying the ultimate sacrifice to redeem man or forgiving of our sins but also in order to become Lord of all. The problem in the body of Christ is that Jesus is our saviour, but He is not taken as our Lord. So, is Jesus your Lord or merely your saviour? As Christians, we talk a lot about the saving dimension of God, but we ignore Him being our Lord. In the old testament, the Hebrew word for Lord as used in this context is Adonai which translates to Lord or Master while in the New Testament, it’s the Greek word Kurios, which also means Lord or Master. As such, it is safe to say Jesus is not your Lord if you don’t consider Him your Master. It is therefore safe to state that primary purpose of Christ resurrection is the restoration of all that was lost through the fall of man in Genesis which means that the whole essence of salvation is entrenching the Lordship of Christ over all men.

Lordship in this context therefore means He is my Master, my Owner, my Ruler, my controller, the Supreme Authority in my life. If you are in church, maybe you are even a worker and your actions are found wanting, what that just shows is that you do not know the Lord. In 1 Samuel 2:12 now the sons of Eli were sons of Belial; they knew not the Lord. Every wrong you are perpetrating is owing to the absence of the consciousness of the Lord.

F.B Meyer once mentioned how after agonizing in prayer about the state of his life despite his anointing and the move of God through him, found out from God that although he is a minister of the Gospel, a servant in His vineyard but he is yet to take God as his Lord. Have you noticed that according to the scripture, at the last days, many shall call ‘Lord’, ‘Lord’? Why not Saviour, why Lord? Matthew 7:22. Saviour-ship is available to all, but Lordship is for a few. Lordship requires deliberate submission to the principle of Lordship of Christ. Romans 10:9-10. Psalm 127:1 Unless the Lord builds the house, the builders labor in vain. Unless the Lord watches over the city, the guards stand watch in vain. The reason you may be struggling so hard to build that company, so hard to build that house, it is because the Lord is not involved. For everyone under the Lordship of Jesus, building is easy because the Lord builds with them, the Lord builds for them. When the Lord is your Lord, He protects you from danger Psalm 27:1, Psalm 55:22.

You can never make Jesus Lord, you only submit to His Lordship because He is already Lord, the question is whether He is Lord over your life. The secret of turn around in your Christian walk is to have Jesus become your Lord. Let Him direct everything you do, every step you take, what business to start, what job to take or reject, even what dress to wear. Do not be driven by what appears to be an opportunity, be driven by the direction received from your Lord. As you journey through life, take the Lord with you. Bow to His Lordship and let Him make the difference out of your life today! 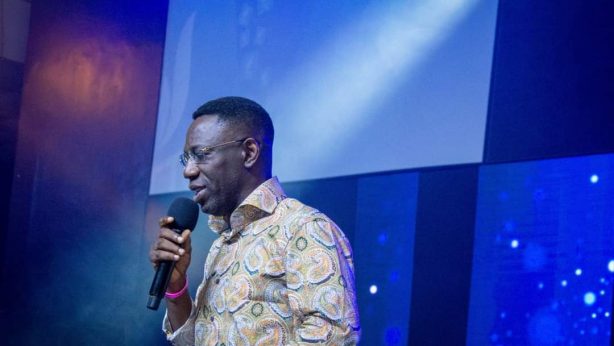